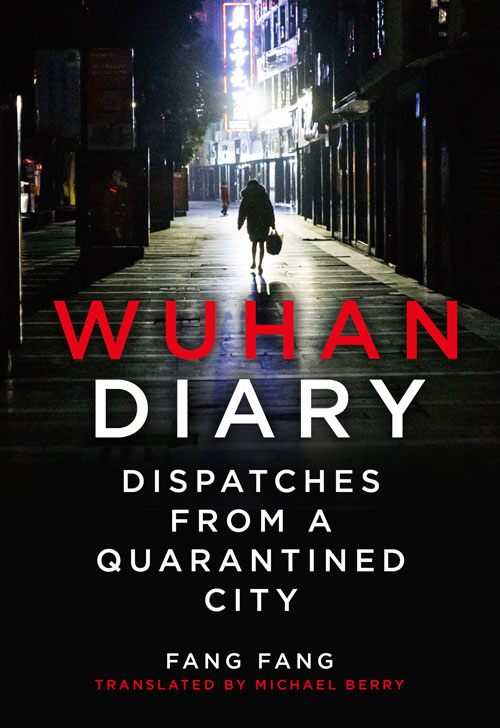 "Wuhan Diary" by Fang Fang began as a blog which ran for sixty days from January 25 through March 25, 2020, documenting the coronavirus outbreak in Wuhan, China. The blog quickly became an online  phenomenon, a racting tens of millions of Chinese readers. "Wuhan Diary" also provided an important portal for Chinese around the world to understand the outbreak, the local response, and how the novel coronavirus was impacting everyday people. The diary featured a curious mixture of quotidian details from Fang Fang’s daily routine under quarantine, medical insights from the author’s doctor friends, and brave observations about the oﬃcial response. Eventually, Fang Fang’s account would become the target of a series of online a acks by “ultra‑
nationalists,” spawning debate about COVID‑19, Sino‑US Relations, and nature of civil society in China.

The lecture will alternate between ﬁrst‑hand insights from the translation process and broader observations on how the diary became a lightning rod for ﬁerce political debate in China, ultimately hinting at the power of writing.

The author and translator, Prof. Dr. Michael Berry, is Professor of Contemporary Chinese Cultural Studies and Director of the Center for Chinese Studies at UCLA. He has written and edited nine books on Chinese literature and cinema, including Speaking in Images: Interviews with Contemporary Chinese Filmmakers (2006); A History of Pain: Trauma in Modern Chinese Literature and Film (2008); Jia Zhangke on Jia Zhangke (2022) and The Musha Incident: A Reader on the Indigenous Uprising in Colonial Taiwan (2022). He has served as a film consultant and a juror for numerous film festivals, including the Golden Horse (Taiwan) and the Fresh Wave (Hong Kong). A two-time National Endowment for the Arts Translation Fellow, Berry's book-length translations include The Song of Everlasting Sorrow: A Novel of Shanghai (2008) by Wang Anyi, shortlisted for the Man Booker International Prize; To Live (2004) by Yu Hua, a selection in the National Endowment for the Arts Big Read library; and Wuhan Diary: Dispatches from a Quarantined City (2020) by Fang Fang. His translation of Hospital by Han Song is forthcoming from Amazon Crossing.