Research in our laboratory is focussed on understanding how regulated volume loss and mechanical forces together regulate spatial accommodating responses during Arabidopsis lateral root formation. Osmotically-driven turgor pressure of plant cells can be higher than that of a car tire. It puts tremendous forces onto cell walls and drives changes in cell shape. This has given rise to unique mechanisms to control organ formation in comparison to metazoans. The fascinating interplay between forces and local cellular reorganization is poorly understood.

Figure 1. Lateral root formation: the birth of a new meristem. Schematic representation showing that lateral roots initiate deep in the main root from the pericycle (yellow) and need to grow through the overlaying cell layers in order to emerge on the surface of the root. During this process, lateral root development is classified in different stages (I-VIII). The numbers correspond the amount of cell layers in the primordium.

Growth of lateral roots is a prominent example of a developmental process in which mechanical forces between neighboring cells are generated. Lateral roots grow from a single cell layer that resides deep within the primary root. On its way out, lateral roots grow through the overlying endodermal, cortical and epidermal cell layers. We recently demonstrated that endodermal cells actively accommodate lateral root formation. Responses include a dramatic volume loss and a controlled degradation of their lignin-based paracellular diffusion barrier. Interfering genetically with these accommodating responses in the endodermis completely blocks cell proliferation in the pericycle. The lateral root system provides a unique opportunity to elucidate the molecular and cellular mechanisms how mechanical forces and intercellular communication regulate spatial accommodation during plant development. In contrast to epidermal cells that respond to mechanical cues by restricting or allowing for expansion and giving support to the organ/plant, my experimental approach deals with the opposite as the overlying cell layers need to undergo controlled volume loss in order to accommodate growth of the newly-formed lateral root. 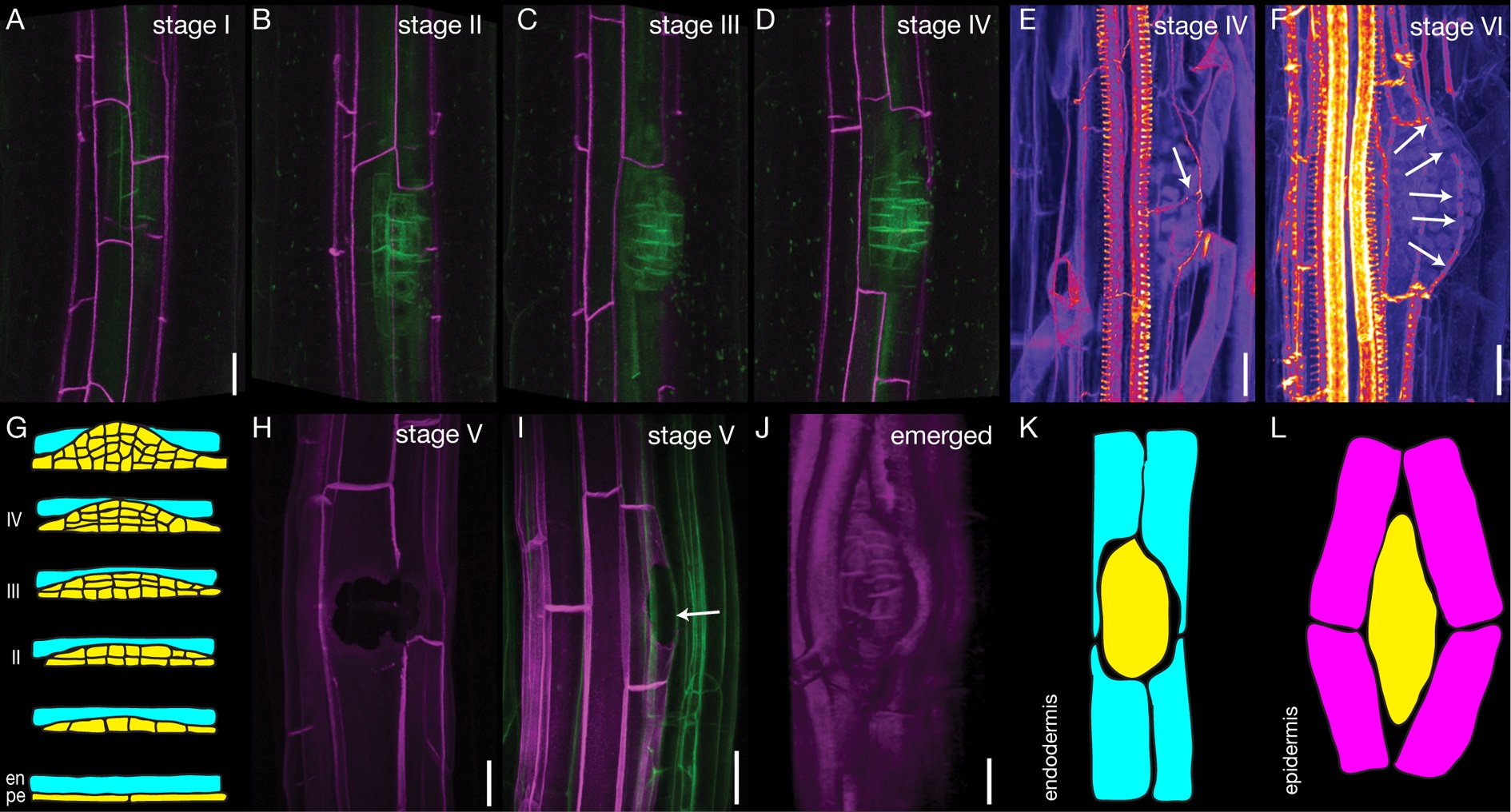 We are using genetic screens, state-of-the-art transcript profiling and advanced live cell imaging to identify the molecular players and mechanisms by which mechanical forces and intercellular communication regulate spatial accommodation. Beyond its importance for lateral root formation, this research will provide fundamental new insights into many other developmental processes that heavily depend on spatial accommodation by surrounding tissue. These include the growth of pollen tubes and infection threads, the development of sclerenchyma fiber cells or the intracellular accommodation of symbionts.