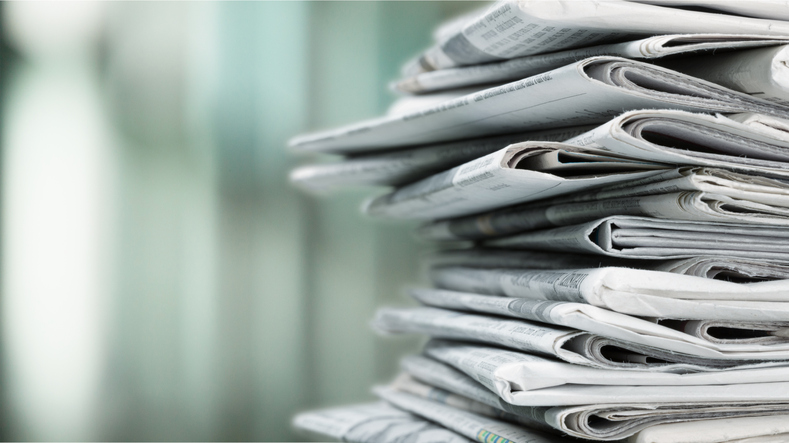 A collection of all media contributions from print, radio and TV

Even a little alcohol may be bad for the brain 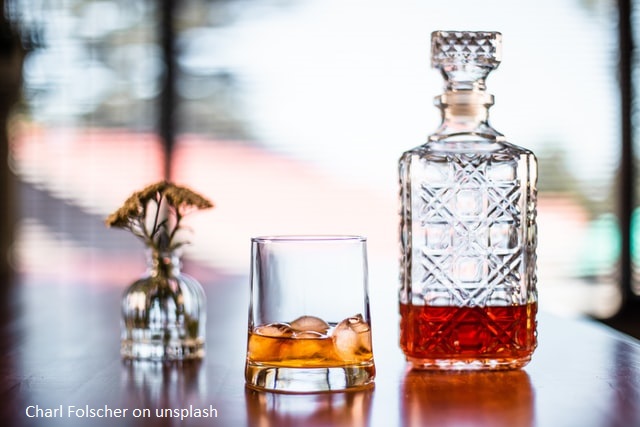 2022.03.07: According to a recent study in "Nature Communications", even moderate alcohol consumption is associated with a smaller brain volume and a reduced mass of grey and white brain matter.

It is well known that chronic excessive alcohol abuse is detrimental to health. However, the evidence to date is contradictory as to whether light to moderate alcohol consumption could have similar negative consequences.

Gökhan Aydogan, a postdoctoral researcher at the Zurich Center for Neuroeconomics, was part of the international and interdisciplinary research team that studied a huge sample of 36,678 adults from the UK. "We already found negative associations between alcohol consumption and brain structure in people who consumed only one to two units of alcohol per day," he summarizes the findings. In the study, one pint of beer or a large glass of wine was considered to be two units of alcohol.

Effects are worse the more you drink

The study offers evidence that the effects of alcohol consumption on the brain are exponential. Gökhan Aydogan explains: "The last beer is not only responsible for the hangover, but also has a greater negative effect on brain ageing than all the previous ones consumed that day".

The researchers assume that brain of people consuming one unit of alcohol per day age around 1 year more than the brains of people who consume no alcohol at all. At four units per day, the difference in brain ageing is ten years.

The authors emphasize, however, that the study was not designed to establish a causal relationship between alcohol consumption and the change in brain structure, i.e. to prove a cause-effect relationship. Further studies on this would therefore be of great interest.

The war in Ukraine, SWIFT sanctions and the Renminbi as an international currency 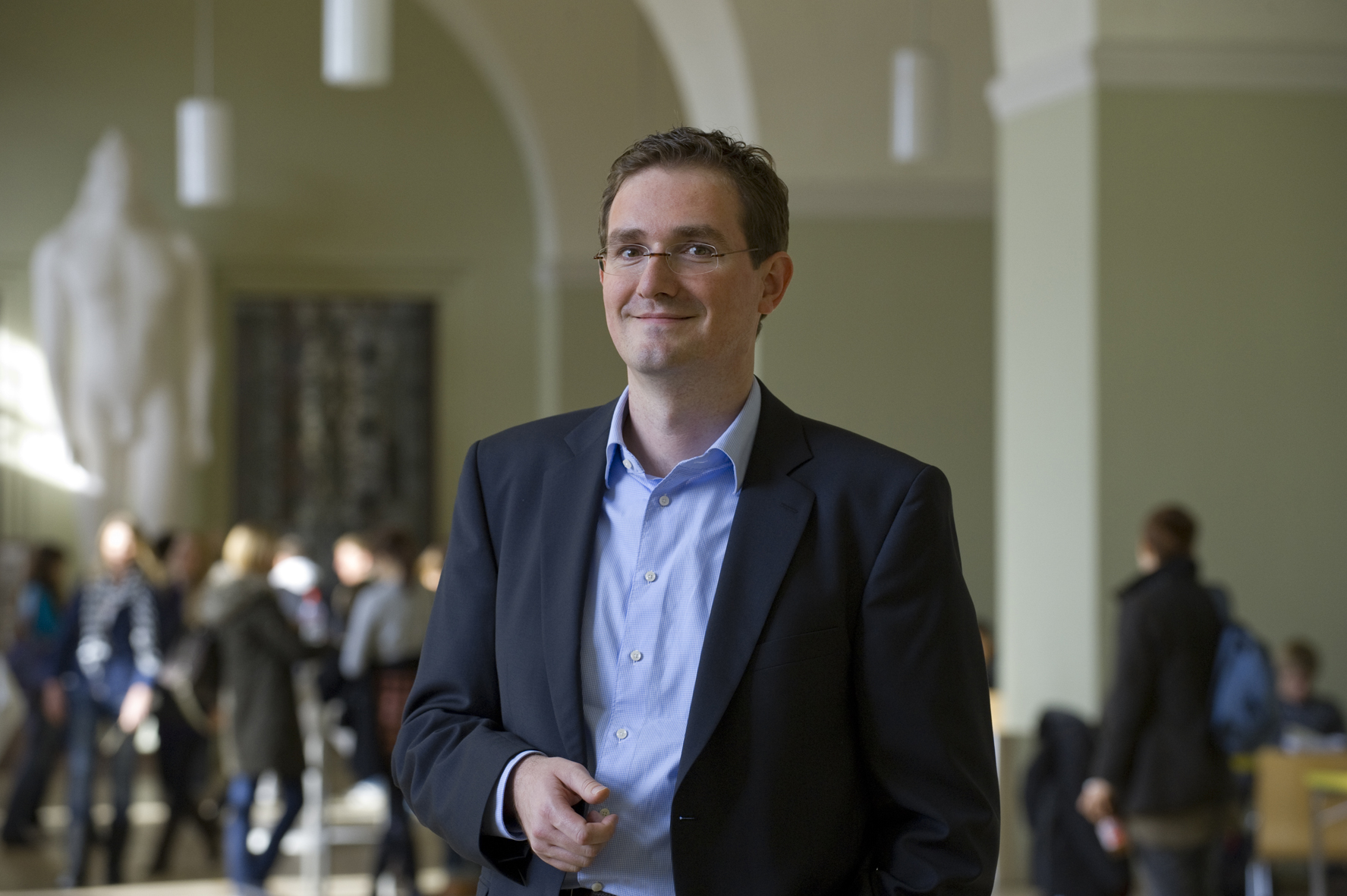 2022.03.04: Mathias Hoffmann has recently given some interviews on Swiss Italian radio RSI in which he analyses the economic impacts of the SWIFT ban measures that were taken in the aftermath of the invasion of the Ukraine.

While the SWIFT sanctions do have a short-term effect on the Russian economy, Mathias Hoffmann explains that on the longer run, some adjustments will be inevitably made. In the current situation, China will probably become a larger gateway to channel Russian oils and gas to global markets, which might represent a unique opportunity for China to take a decisive step in establishing the renminbi as a serious rival to the dollar. 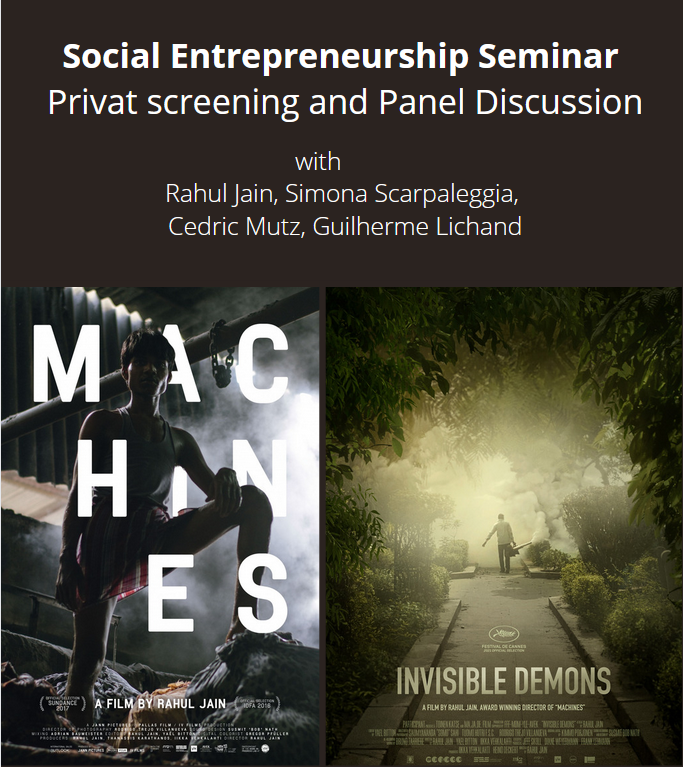 Guilherme Lichand’s Social Entrepreneurship Seminar asks students to solve a social challenge by developing an idea and a viable business plan. Students acquire practical skills such as how to develop a business idea and create a business plan, measure social impact, pitching ideas to funding panels, mentoring, and handling setbacks.

To kick off this year’s seminar, the participants were invited to a private screening of two film: Machines, a portrait of workers in an Indian textile factory and Invisible Demons, an immersive documentary on the effects of climate change.

Introducing the following panel discussion Guilherme Lichand said how the poetic, yet disturbing documentaries left him hanging between hope and despair about the challenges the world is facing today. Rahul Jain, the director of both films, Simona Scarpaleggia, Cedric Mutz and Guilherme Lichand shared their perspectives and experiences in projects improving the working situation of individuals and environmental issues.

Understanding Who Commits Which Crimes 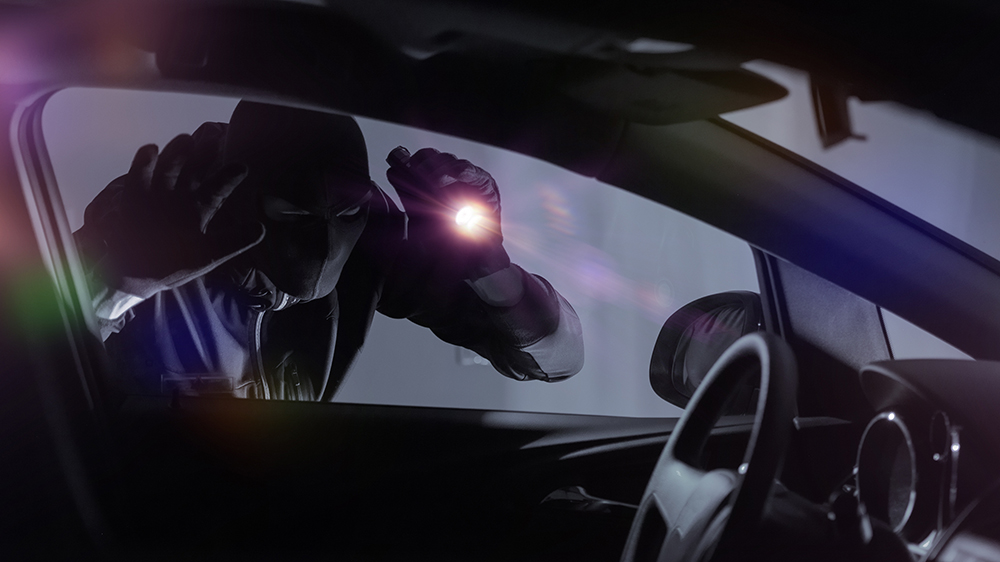 2022.01.31: Why do some young men turn to crime, while others don’t? An international study shows that preferences such as risk tolerance, impatience and altruism as well as self-control can predict who will commit crime.

According to economic theory, risk-tolerant, impatient and selfish people with a low level of education are more likely to commit crime than people who are highly educated, risk averse, patient and selfless. However, confirming this hypothesis with scientific methods isn’t that easy. The education levels and socioeconomic factors of convicted criminals can be compared with those of the general population relatively easily. But assessing people’s risk tolerance, patience and altruism is much more difficult. Together with an international team of economists, Ernst Fehr has published a study that links data on risk, time and social preferences of young men to factors such as education, income, self-control and criminal records.  Risk-tolerant, impatient young men are more likely to commit property crime, while people with low self-control tend to commit violent, drug and sexual offenses. 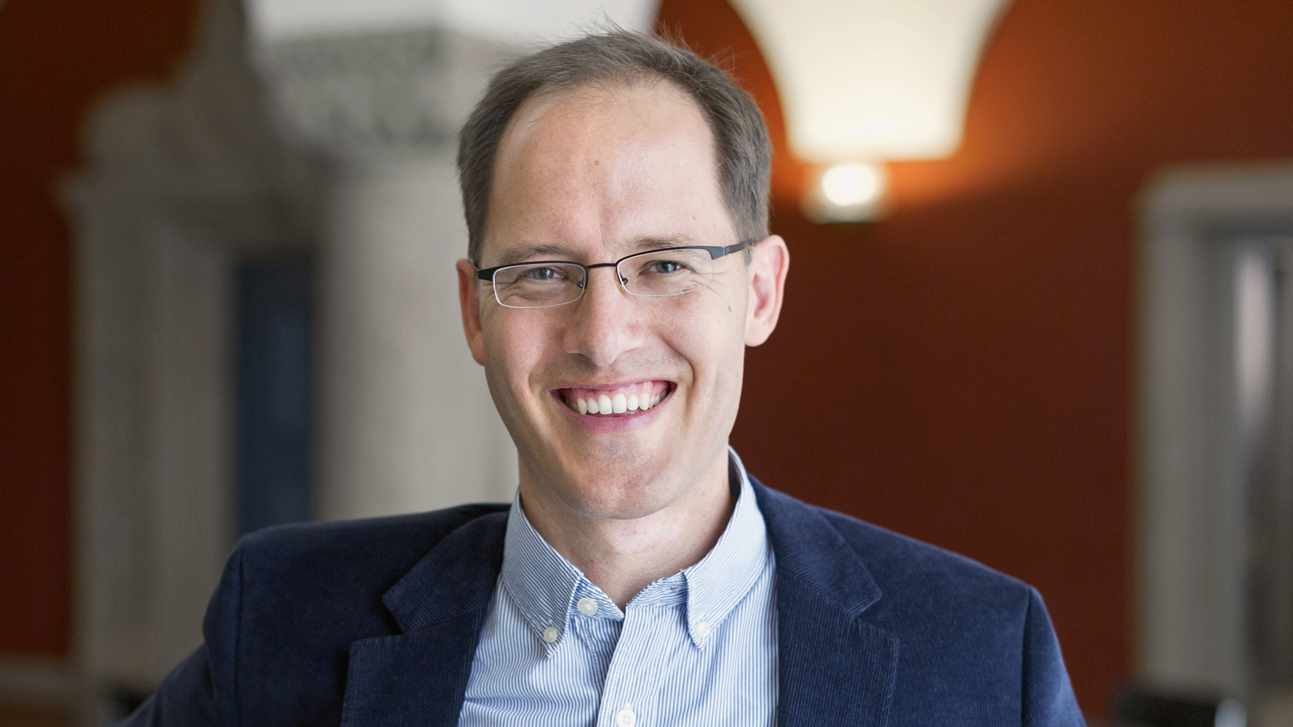 2022.01.04: The Society for the Advancement of Economic Theory (SAET) elected Florian Scheuer Economic Theory Fellow. Economic Theory Fellows are nominated based on their scientific excellence, originality, and leadership, high ethical standards, and scholarly and creative achievement. The primary qualification for fellowship is to have substantially advanced economic theory. Congratulations!

Society for the Advancement of Economic Theory (SAET) 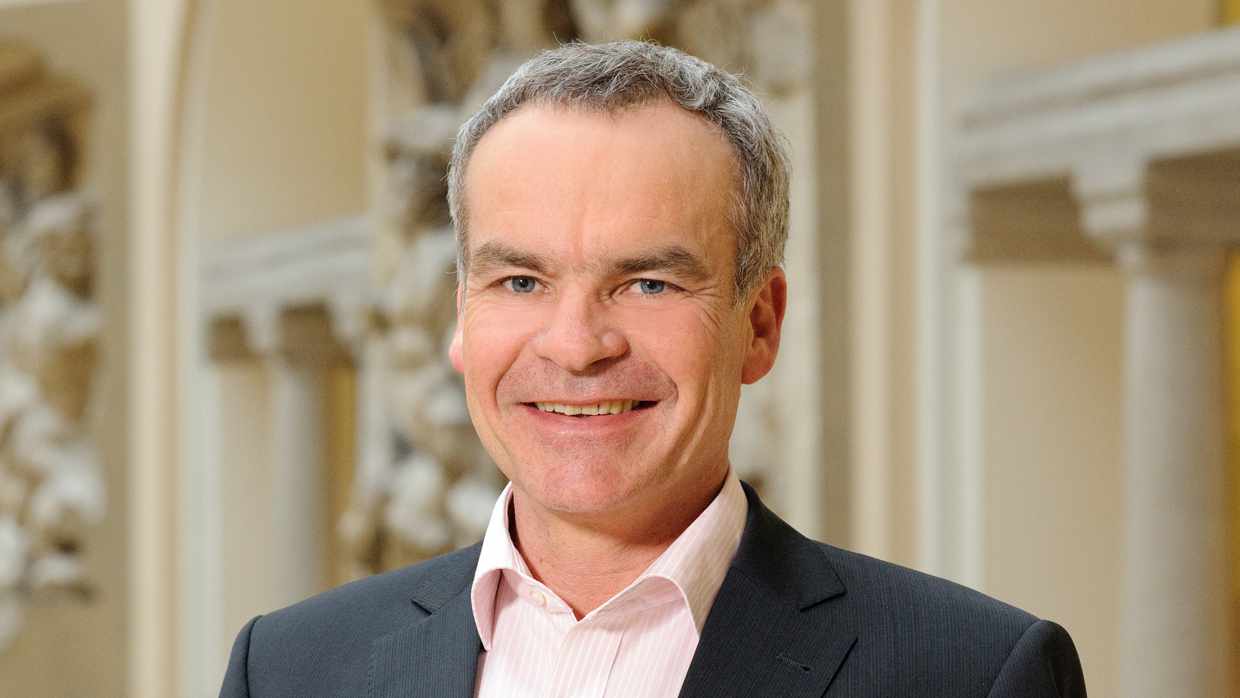 2021.12.03: There are still considerable income differences between men and women. The largest part of the pay gap is due to maternity. This is because, after the birth of the first child, the salaries of mothers fall sharply behind those of men and childless women. The "child penalty" measures the difference in income between mothers and women without children. On average, Swiss mothers earn 60 percent less in the year after the birth of their first child than they did before motherhood. This number remains constant in subsequent years. Switzerland even has one of the highest child penalties among OECD countries.

Empirical studies have shown that family policies such as extended parental leave, job guarantees, or subsidized childcare only have a short-term impact on the child penalty. Gender norms – more specifically, the role of women in the conflicting fields of family and career – have a greater impact on the overall measure of the child penalty: the more conservative the environment, the higher the child penalty. In conservative countries such as Germany, Austria and Switzerland, the child penalty is multiple times higher than in the socially liberal countries of Scandinavia. Therefore, Joseph Zweimüller argues for a better understanding of the factors responsible for the adherence to conservative gender norms in order to eventually reduce the existing inequalities between men and women. 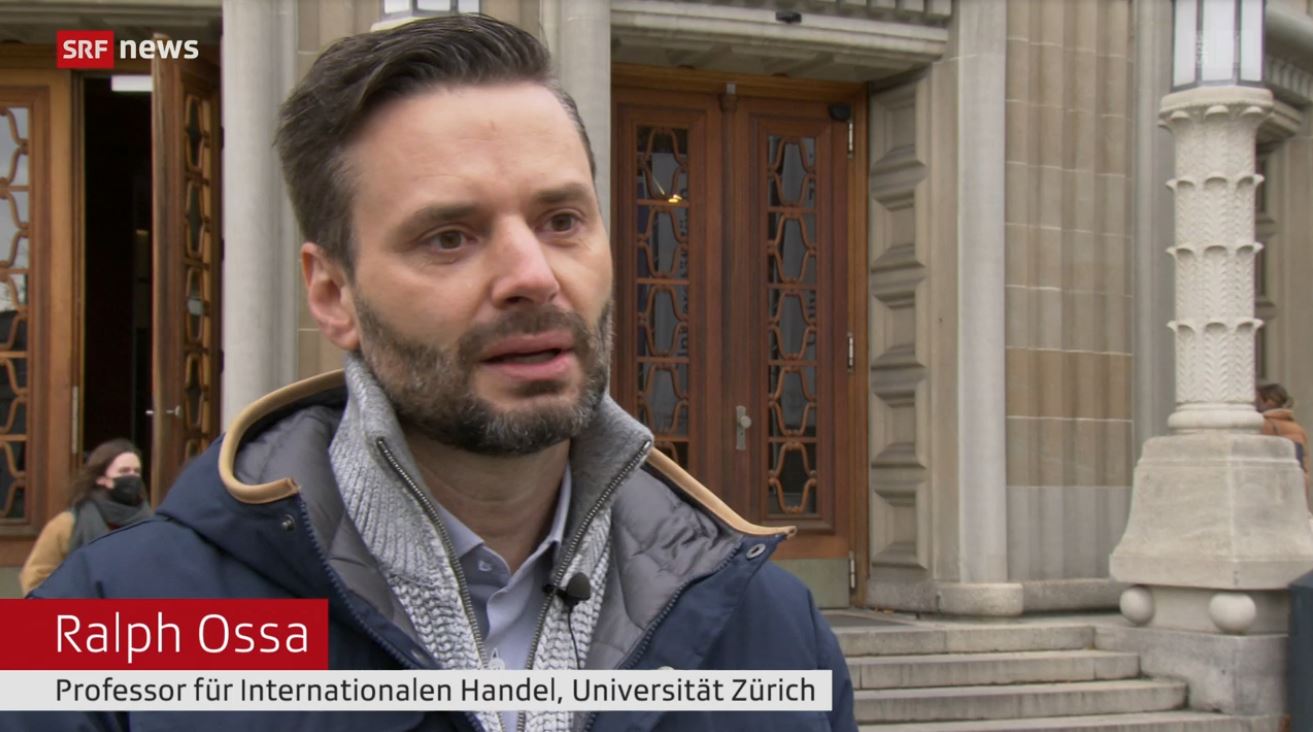 2021.12.01: With its Belt and Road initiative, China has invested a lot of money in infrastructure projects in many countries. Now the EU is setting a strong geopolitical counterweight with its rival project Global Gateway. The EU wants to invest 300 billion euros in emerging and developing countries for environmental protection, health, energy, and transport. The project should on the one hand be able to meet local needs and on the other address global challenges, says EU Commission President Ursula von der Leyen. This is a new strategic approach to investment. Unlike China, the EU wants to involve the private sector in financing. The countries in which investments are made should have a trustworthy partner in the EU. Van der Leyen emphasizes that Global Gateway should give the EU countries a competitive advantage.

How realistic is this plan in view of China’s enormous efforts? The European response differs in two main respects, explains Ralph Ossa: "First, in terms of investment volume. The Chinese plan is about three times larger than the European one. The second major difference lies in the investment priorities. The Chinese are investing primarily in transportation infrastructure. The Europeans are focusing differently, for example on digitalization." According to Ossa, the EU can offer a valuable alternative with its program for those countries that have had no choice but to cooperate with the Chinese because they urgently need the infrastructure projects. 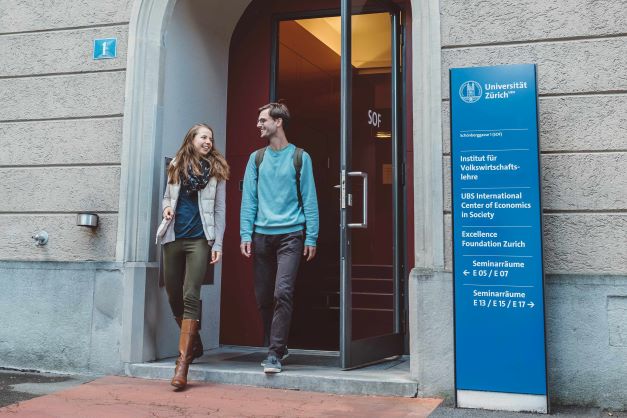 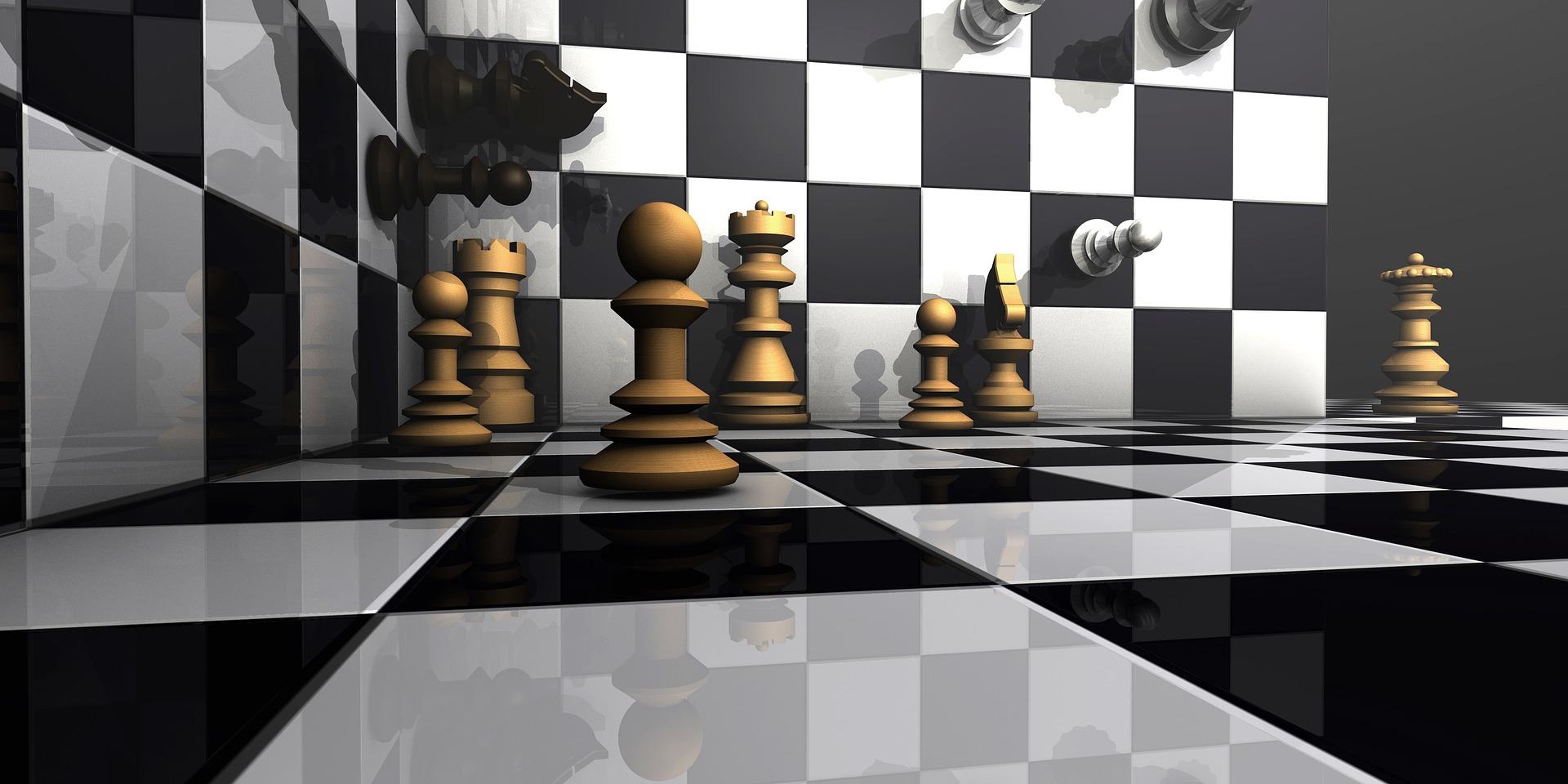 2021.10.22: The University of Zurich's teaching credit promotes innovation in teaching and the further development of existing teaching formats. The ECON Teaching Center receives a UZH teaching credit for their project 'Gamification of learning content' which expands the learning opportunities for students in playful ways. A browser-based game picks up on the course content and combines it with competence experience, self-determination, social inclusion and meaning. In a playful way, students are guided through all taxonomy levels in a game unit. The project leads to more active learning time and an understanding of the applications of the course content in practice. Added value for teaching results from interdisciplinary transferability, portfolio expansion of teaching opportunities and efficient application of the taxonomy levels. The game is developed for the module Microeconomics 1 taught by Ulf Zölitz.