Statements and Information of Partner Institutions

Statement, important documents and reliable information channels at a glance. 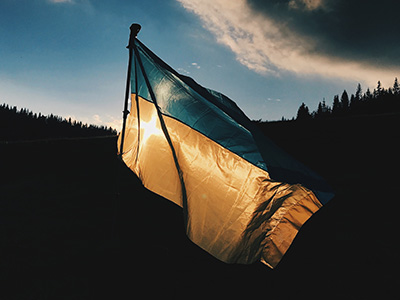 Recording of the podium discussion of Thursday, 10 March 2022 on vimeo.

The University of Zurich stands in solidarity with all people who have been affected by the war. As a public institution that is committed to the values of freedom and democracy, UZH strongly condemns Russia’s attack on Ukraine. UZH is deeply concerned about the increasing brutality of the Russian attacks.

UZH is doing everything in its power to help educators, researchers and students from Ukraine quickly and unbureaucratically. We want to provide the right kind of help in the right place at the right time quickly, efficiently and in a targeted manner.

This war must not damage the scientific community as a whole in Russia and other areas affected by war or crisis. Increasing globalization is making it more and more difficult to take distinct measures that achieve the desired result. UZH supports institutions as well as researchers and students in Russia who are suffering as a result of the current situation through no fault of their own and who are committed to upholding European values and the rule of law to the best of their abilities.

However, the University of Zurich explicitly distances itself from any Russian universities whose rectors have come out in favor of the war. UZH is currently reviewing its cooperations with Russian universities. Universities should not contribute to positions becoming further entrenched. Instead, science and academia can play a role in de-escalating the situation by discussing issues objectively and providing a platform for open discourse.

UZH President Michael Schaepman at the Podium on the War in Ukraine,
10 March 2022 (English translation to follow)