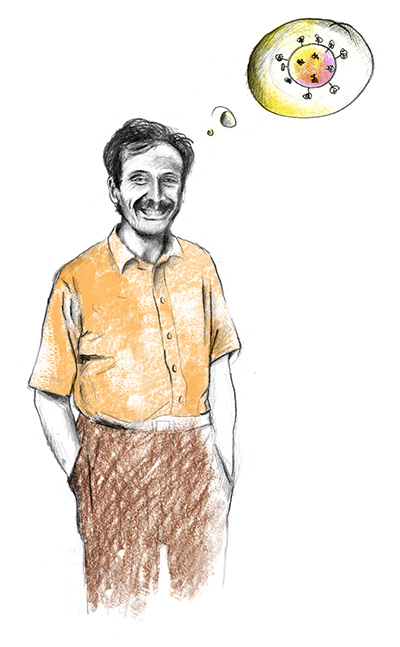 1979-2008 Professor of Experimental Immunology at the University of Zurich.

Nobel Prize in Physiology or Medicine 1996

“for discoveries concerning the specificity of the cell mediated immune defense”

Rolf Zinkernagel, from Basel, first came to the University of Zurich in 1970 for a continuing education course in experimental medicine. He was one of ten students from the whole of Switzerland selected for this prestigious course. The program offered Zinkernagel, then a young physician, insights into the new and fascinating possibilities of immunological research as well as the opportunity to make important contacts. But at the time he still had no idea that, nine years later, he would return to the University of Zurich as an associate professor.

In the intervening period, Zinkernagel conducted research at the Australian National University in Canberra. Together with Peter Doherty, an Australian veterinarian, he investigated how the immune system of mice responds to a virus that causes meningitis. What they discovered in doing so wrote medical history – and was ultimately rewarded with the 1996 Nobel Prize in Physiology or Medicine.

Zinkernagel and Doherty discovered how the immune system recognizes body cells that have become infected with viruses. It was immediately clear to both researchers that they had entered new scientific territory. News of the discovery spread very rapidly after publication in the scientific journal Nature. Zinkernagel remained modest, however: “The mix for my subsequent Nobel Prize was 50 percent luck, 49.5 percent hard work and 0.5 percent inspiration.”

In 1979, Zinkernagel returned to Zurich with his family as associate professor of experimental pathology at the University of Zurich; he became a full professor in 1988. At the University Hospital, he and his colleague Hans Hengartner, a professor at both the University and the ETH, established the Institute of Experimental Immunology, which they led together for almost thirty years