The Large Hadron Collider (LHC) is the largest and most complex high-energy collider ever built. By collidings protons at unprecedented high energies the LHC is able to study the fundamental interactions at the smallest distances ever probed, and to recreate the conditions that existed right after the Big Bang. In its first years of run, the machine already delivered an impressive amount of results, with the discovery of a scalar resonance whose properties closely resemble those expected for the Higgs boson predicted by the Standard Model. The discovery of the Higgs boson, however, has not been followed by any evidence for a new physics signal. This comes in some sense as a surprise: since the SM cannot be the ultimate theory of nature, one expects new physics to show up at some point and the natural completions of the SM indeed predict new particles with masses close to the EW scale. The coming years offer a rich physics program, by allowing to search for Beyond the Standard Model signals with a high-quality data set.

With the currently available techniques, it is not possible a compute cross sections exactly, but perturbative methods have to be used. Within perturbation theory, an observable can be computed as a series expansion in the coupling constant. In order to fully exploit the quality of the LHC measurements and to discriminate between different new physics models, theoretical calculations must include quantum corrections at least to the next-to-leading order (NLO). The complexity of traditional NLO approaches grows very fast with the number of scattering particles, and the abundant production of multi-particle final states at the LHC poses new challenges. For selected benchmark processes, we are able to compute the QCD radiative effects to the next perturbative order (NNLO). This often dramatically improves the agreement between theoretical predictions and the experimental data. 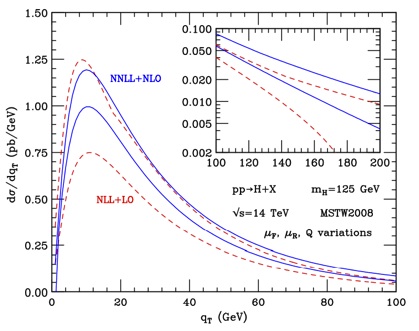 Sometimes standard perturbation theory is not enough. When the observable one is interested in is computed close to the boundary of the phase space, strong cancellations between different radiative contributions occur that produce logarithmically enhanced terms. Even if the QCD coupling is (relatively) small at large momentum scales, these terms may spoil the convergence of the perturbative series. Fortunately, the large logarithmic terms are universal, and techniques are available to predict and sum them to all orders, thus restoring the predictivity of the perturbative expansion. 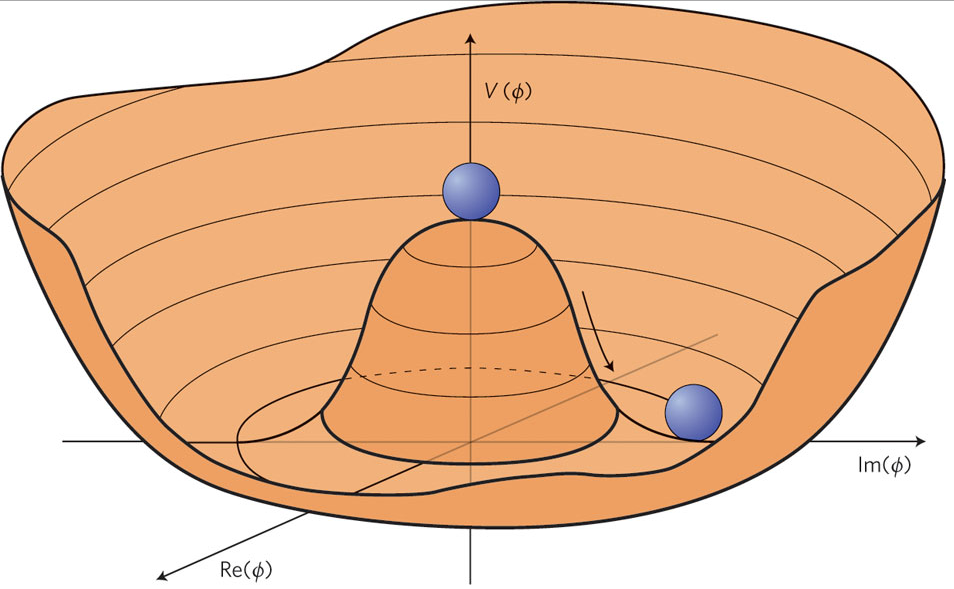 After the Higgs boson discovery in July 2012, a new frontier to high energy physics is ahead of us. Our group is deeply involved in the physics of the Higgs boson, by providing accurate theoretical predictions for signal and background cross section and for the associated kinematical distributions. A crucial aspect is the study of the Higgs properties, in order to verify if the observed state is indeed the Higgs boson predicted in the Standard Model or maybe something different. In particular, in order to really provide an insight into the scalar potential responsible for spontaneous symmetry breaking, a measurement of the Higgs self-interactions is essential. In the SM the trilinear and quadrilinear couplings of the Higgs boson are fixed by the Higgs mass, while in many new physics scenarios they can deviate from the Standard Model picture.