Professor David J. Gerber is the world's leading comparatist and historian in the field of antitrust law. He teaches Comparative Law, Competition Law and International Business Law at Chicago-Kent College of Law (collaboration with the Faculty of Law of the University of Zurich since 2007). He is the Acting President of the American Society of Comparative Law and a member of the International Academy of Comparative Law. Gerber received his bachelor's degree from Trinity College (Conn.), his master's degree from Yale University and his J.D. from the University of Chicago. Before embarking on an academic career, he worked for law firms in Frankfurt and New York. He was invited as Visiting Professor to the University of Pennsylvania, Northwestern University and Washington University, as well as in Europe to the universities of Stockholm, Uppsala, Freiburg (Germany) and Munich. As a Visiting Fellow he conducted research among others at the Woodrow Wilson School of Public and International Affairs (Princeton University), the Max Planck Institute for Research on Collective Goods in Bonn and at Meiji University in Tokyo. In 2013, the University of Zurich awarded David Gerber an honorary doctorate for his fundamental contributions to comparative law and business law. Gerber's scientific work is characterized by the intensive study of the role of the state in the economy, with Europe and Asia being in the focus of his research. A lot of attention – far beyond his disciplines – made his book "Law and Competition in Twentieth Century Europe: Protecting Prometheus" (1998). For the first time, the original development of competition law in Europe was presented to an English-speaking audience. His second opus magnum is "Global Competition – Law, Markets, and Globalization" (2010), which explores the global development of antitrust law. 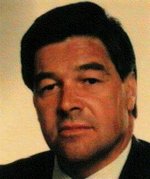 Born in 1946, Herman Cousy got his legal education at the Catholic University of Leuven - Doctor iuris (1969) and Licenciaat in het Notariaat (1969), and at the University of Chicago where he obtained the diploma of Master of Comparative Law in 1970, and again at the Catholic University of Leuven where he obtained his Ph.D. in 1975. First appointed as assistant professor in 1976, he was made professor ordinarius in 1982 at the Catholic University of Leuven, where he taught ever since, presently commercial law, insurance law, European insurance law as well as a course on the legal aspects of credit. His publications are mainly in the field of tort law, especially product liability and insurance law. He is in great demand as a guest speaker and –writer on the developments in the law of torts and on insurance law, in national as well as international fora. Furthermore, Herman Cousy is presently director of the Centre for Risk and Insurance Studies (C.R.I.S.), a research group within the Catholic University of Leuven assembling lawyers, actuaries and economists. He is also a Member of the Presidential Council of AIDA (Association Internationale de Droit des Assurances) and past president of the Belgian section of AIDA and since 2008 treasurer of AIDA-Europe. He is the Belgian Member of the so-called “Tilburg Vienna Group on Tort Law” and participated in the redaction of the series of comparative preparatory studies and of the Principles of European Tort Law (Springer, New York, 2005). He is the Belgian Member of the Project Group “Restatement of European Insurance Contract Law”, which is participating in the “Joint Network of European Private Law”, entrusted by the EC-Commission with the task of elaborating a “Common Frame of Reference of European Contract Law” in the field of insurance. He is an associated Member of the Royal Flemish Academy of Belgium for Sciences and Arts (Section of Human Sciences) since 2002. He is, since 2003, a Member of the Academia Europea. Since 2007, he is a Member of the Académie Internationale de Droit Comparé (AIDA-IACL). For almost eighteen years Herman Cousy was President of the Belgian Commission des Assurances (advisory committee to the government) appointed by virtue of the successive Royal Decrees of 13 June 1984, 16 November 1989, and 20 August 1996. By virtue of Royal Decrees of 1996 and 2001 he was appointed Assessor de la Section “Legislation” of the Belgian Council of State, a position he still holds to this date. 1 January 2004 he was appointed by Royal Decree as a Member of the “Conseil de Surveillance” (Raad van Toezicht) of the CBFA (Commission bancaire, financière et des assurances, Commissie voor het bank-, financie- en assurantiewezen) of Belgium. 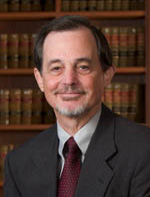 David Marcello's focus on public law arises from his extensive experience with open meetings and public records, governmental ethics, zoning and municipal law, legislative drafting and agency rulemaking. During the 1970s, he was statewide coordinator for the Conservation Coalition, the first statewide environmental lobby in Louisiana; founded and directed the Louisiana Center for the Public Interest, the state’s first public-interest law firm; and served as executive counsel to New Orleans Mayor Ernest N. “Dutch” Morial, representing city agencies and employees on public bidding, open meetings, public records, zoning and other public sector legal concerns. In 1994-95, he chaired Mayor Marc H. Morial’s 40-member Charter Revision Advisory Committee, which accomplished the first comprehensive revision of New Orleans’ Home Rule Charter in the 40 years since its launch in 1954. He wrote about some of the charter changes in "Systemic Ethics Reform" for the Brookings publication Resilience and Opportunity. As general counsel to the Regional Transit Authority during 1980-87, he handled the RTA's buyout of the formerly private transit system and advised the RTA in its successful campaign for taxing authority. He secured legislation allowing the 1984 World’s Fair to transfer property to the Rouse Corporation for the $60 million Riverwalk development on New Orleans’ riverfront. He later represented Rouse in obtaining an exemption from Sunday-closing laws for Riverwalk. He also worked as staff attorney for New Orleans Legal Assistance Corporation; legal consultant for an urban planning firm; and counsel for several neighborhood associations. As executive director of The Public Law Center, he runs the Legislative and Administrative Advocacy Clinics and teaches courses on legislation and agency rulemaking, described in his Clarity (Winter 2013) article, “Teaching Plain Language Drafting in a Legislative and Administrative Advocacy Clinic.” His law review publications include "The Ethics and Politics of Legislative Drafting" (Tulane); "Housing Redevelopment Strategies" (Loyola); "Administrative Practice Under the 1974 Constitution" (LSU); and "Community Benefit Agreements" in The Urban Lawyer. Marcello has taught legislative drafting in Bulgaria, the Dominican Republic, Republic of Georgia, Moldova, Mongolia, the Netherlands, Nigeria, and South Africa. Since 1995, he has organized and conducted a two-week International Legislative Drafting Institute at Tulane Law School.