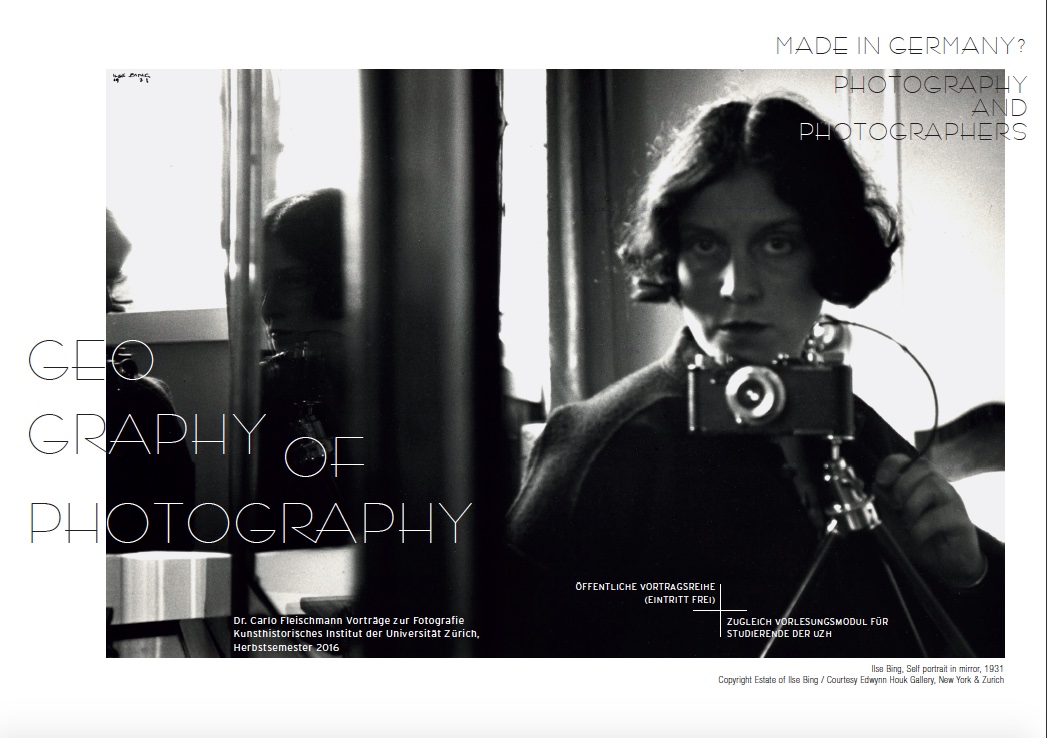 In February 1839, the Paris-resident painter Friederike Wilhelmine von Wunsch wrote to the Prussian King Frederick III upon hearing of the photographic inventions of L.J.M. Daguerre and William Henry Fox Talbot that had just been announced in Paris and London one month earlier. ‘While France and England may claim the honour of this beautiful discovery,’ she exclaimed, ‘I am happy and proud to be able to tell his Majesty that our fatherland no longer needs to feel left behind in this glory, and that my investigations are not only older than those of my wise emulators, but have far surpassed their results.’ Von Wunsch’s letter, which was beautifully reintroduced by Bodo von Dewitz in 1990, reveals a widespread sentiment of belatedness among German speakers, a shared sense that Germany lagged behind other European powers across a range of cultural, political, and economic endeavours. These included the arts, literature, colonial conquests and—until unification in 1871—even the project of nationhood itself. The talk will outline how photography played a role both in cultivating this sense of national delay, and in compensating for it. Between photography's debut in 1839 and Germany's unification in 1871, the speakers of the language embraced the medium with a fantastic enthusiasm. From family photo studios to royal pomp, and from archaeological sites to anthropological investigations, German speakers both within the region and abroad substantially employed photography, often as a token of the modernity and national coherence that seemed to have passed them by. In this way, photography as both an innovation and a way to make innumerable images helped construct notions of Germany and the German in the modern age. The talk engages with this compensatory and identity-building project leading up to the year of national unification, 1871.

CV
Andrés Mario Zervigón is Associate Professor of the History of Photography at Rutgers, The State University of New Jersey. He is author of John Heartfield and the Agitated Image: Photography, Persuasion, and the Rise of Avant-Garde Photomontage (University of Chicago Press, 2012) and coeditor with Tanya Sheehan of Photography and Its Origins (Routledge, 2014). His current book projects include Die Arbeiter-Illustrierte Zeitung -- The Worker's Illustrated Magazine, 1921-1938: A History of Germany's Other Avant-Garde, for which he received a CASVA Senior Fellowship (2013-14); Photography and Germany, for the Reaktion Books Exposures series; and Photography and Doubt, which he is co-editing with Sabine Kriebel (Routledge, 2016).

This lecture engages the forms of dwelling depicted in Black German vernacular photography and explores the ways these quotidian images of Black Germans in the Nazi period give us a very different understanding of the work of photography in this regime. Taking inspiration from Harvey Young’s innovative theory of ‘the performance of stillness’, the talk develops the concept of stasis as a framework for theorizing the everyday practices of resistance Black Germans enacted in the context of the Third Reich. Reading diaspora through the forms of stasis depicted in these images reframes the performances of stillness in Black German vernacular photography as a practice of claiming space, dignity and citizenship that articulates a profoundly quotidian expression of black fugitivity.

Tina Campt is Claire Tow Ann Whitney Olin Professor of Africana Studies and Women’s, Gender and Sexuality Studies and Director of the Barnard Center for Research on Women at Barnard College, Columbia University. She received her M.A. and Ph.D. in History at Cornell University. Her publications include Other Germany: Black Germans and the Politics of Race, Gender and Memory in the Third Reich (University of Michigan Press, 2004) and Image Matters: Archive, Photography and the African Diaspora (Duke University Press 2012). Her book Listening to Images (Duke University Press) is in production and will be published in 2017.