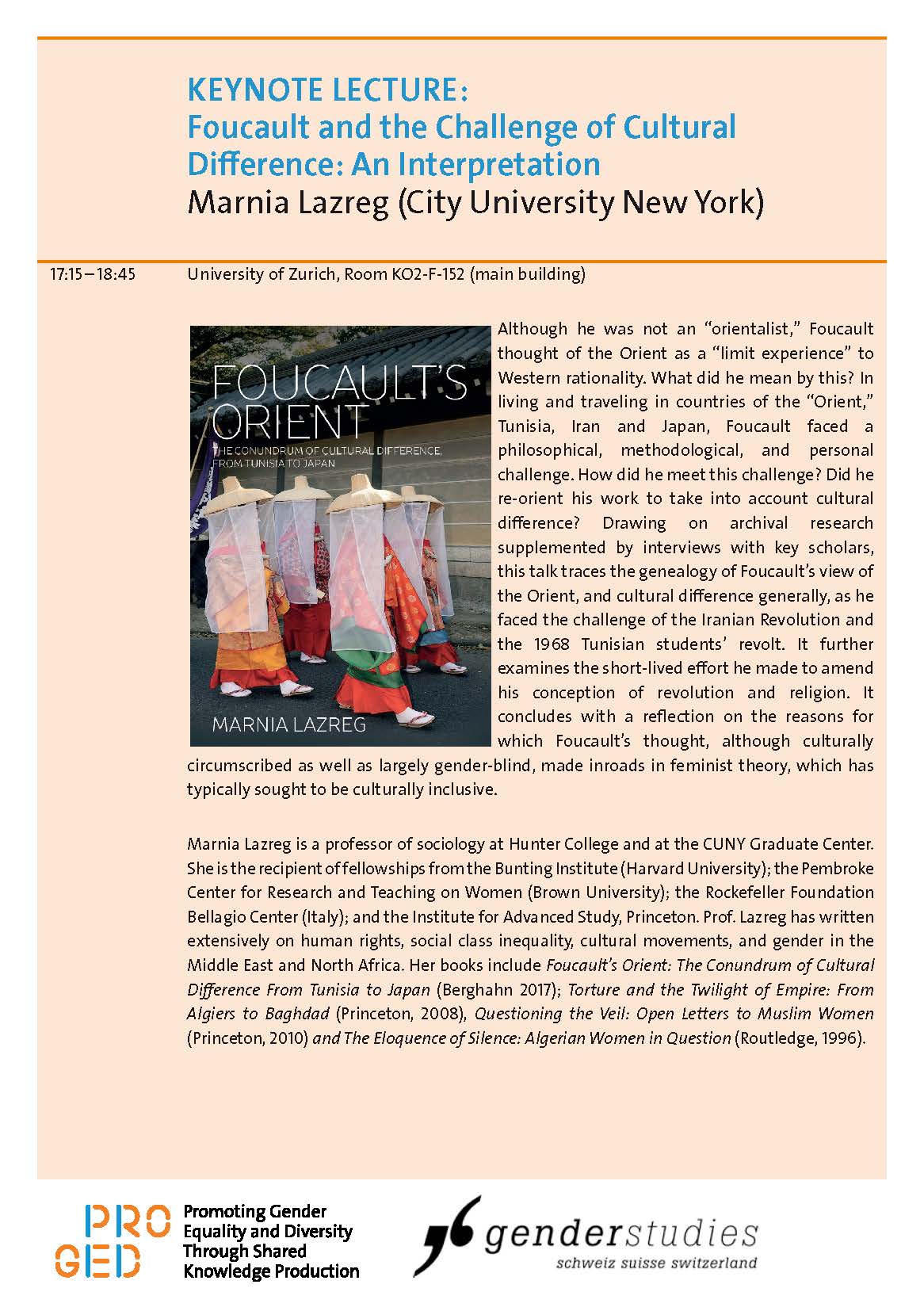 Although he was not an “orientalist,” Foucault thought of the Orient as a “limit experience” to Western rationality. What did he mean by this? In
living and traveling in countries of the “Orient,” Tunisia, Iran and Japan, Foucault faced a philosophical, methodological, and personal challenge. How did he meet this challenge? Did he re-orient his work to take into account cultural difference? Drawing on archival research supplemented by interviews with key scholars, this talk traces the genealogy of Foucault’s view of the Orient, and cultural difference generally, as he faced the challenge of the Iranian Revolution and the 1968 Tunisian students’ revolt. It further examines the short-lived effort he made to amend his conception of revolution and religion. It concludes with a reflection on the reasons for
which Foucault’s thought, although culturally circumscribed as well as largely gender-blind, made inroads in feminist theory, which has typically sought to be culturally inclusive.