A collaboration of researchers from the Physics Department, led by Luca Castiglioni, with researchers from the Chemistry Department of the University of Zurich and the Forschungszentrum Jülich  studied the hydrogen evolution catalyst Co-pyrphyrin by orbital tomography. In such experiments the angular distribution of photoelectrons emitted from well-defined molecular states is recorded.

The emission angle and the kinetic energy of the photoelectrons can be converted into momentum. The pattern recorded then yields the momentum distribution of the photoelectrons. Orbital tomography refers to the fact that - under certain conditions - the momentum distribution of the photoelectrons is directly related to the  initial state of the electrons by Fourier transform.
Angle-resolved photoelectron spectroscopy data were acquired at the nanoESCA beamline at Elettra Synchrotron (Trieste, Italy). In the photoelectron spectra we could identify five molecular states and record their momentum patterns. Combining electron diffraction methods and high-level density functional theory (DFT) calculations enabled the complete determination of the adsorbate geometries and identification and characterisation of five molecular valence states. Using the DFT results the momentum patterns can be simulated and used as fingerprints to assign the different molecular states to the peaks and, thereby, binding energies in the spectra and the order of the molecular levels. This 'fingerprinting' is shown in the figure in which the wave functions of the five states are displayed as orbitals together with the corresponding momentum patterns and the experimental data. 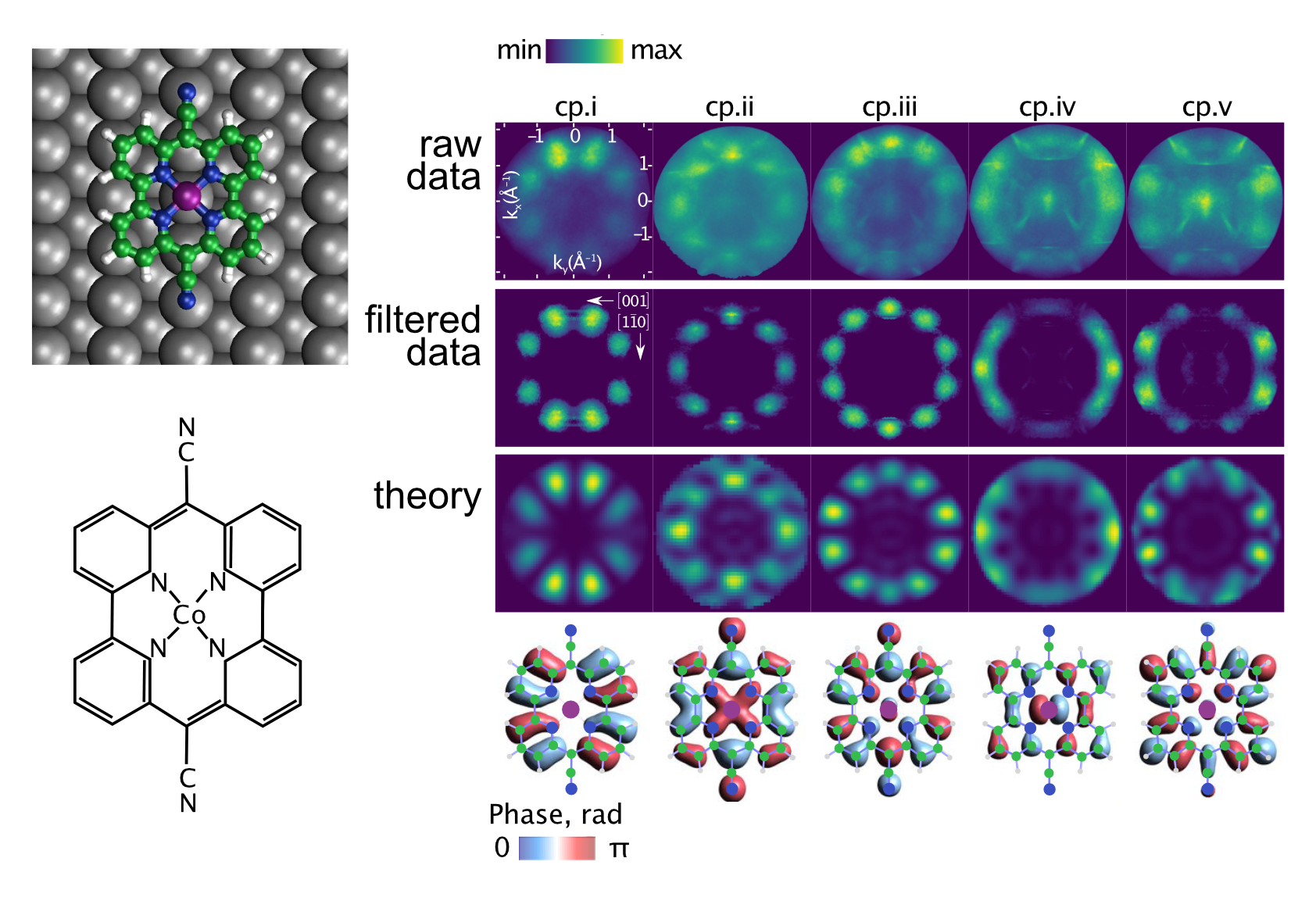 In general, orbital tomography requires all molecules to be oriented in one single configuration (e. e. domain). This is typically only the case in few selected model systems. We extended orbital tomography to multi-configurational systems, like in our case 3 different rotational domains, and demonstrate how the individual contributions can be disentangled. We thus make the method accessible to more complex, chemically more relevant systems.